Tracy Duhs, now 40 started her health journey when she was 12 years old. She believes that biohacking is finding ways to harmonize and bring balance to your body and to optimize longevity. Ben Greenfield mentioned that Tracy was one of the few female biohackers about a year ago because of all the things she does to preserve youth and enhance longevity. I asked her why she thought the industry was dominated by male biohackers. 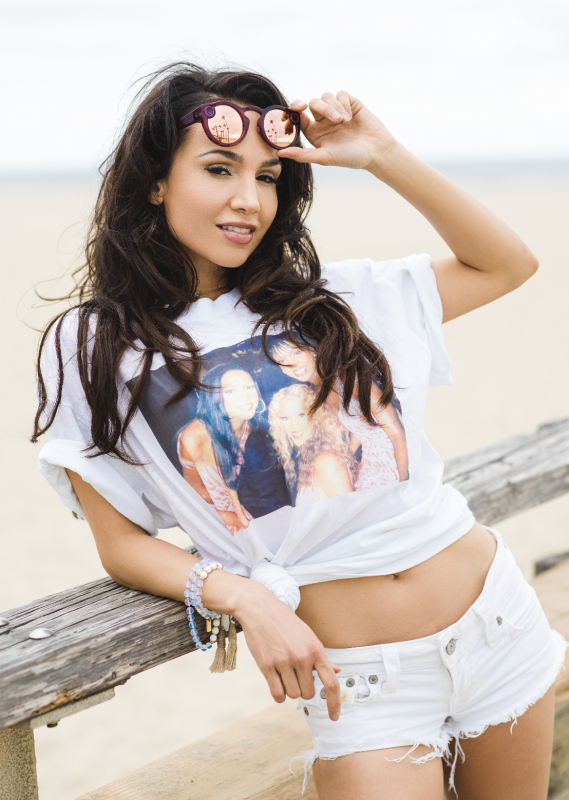 “I feel like maybe it’s harder for women to break into it simply because the word biohacking may feel so masculine to many. I like to call it bio-harmonizing instead, a much softer approach. I’ve always been interested in health since I was a child because I was afraid of aging. Since I was 12 years old, I started experimenting in my parent’s kitchen. I would try to make any recipe that my mom made and tweak it to a healthier version of hers. I started making elixirs as a child to help my friends feel good. Elixirs are magical medicinal potions,” explains Duhs. 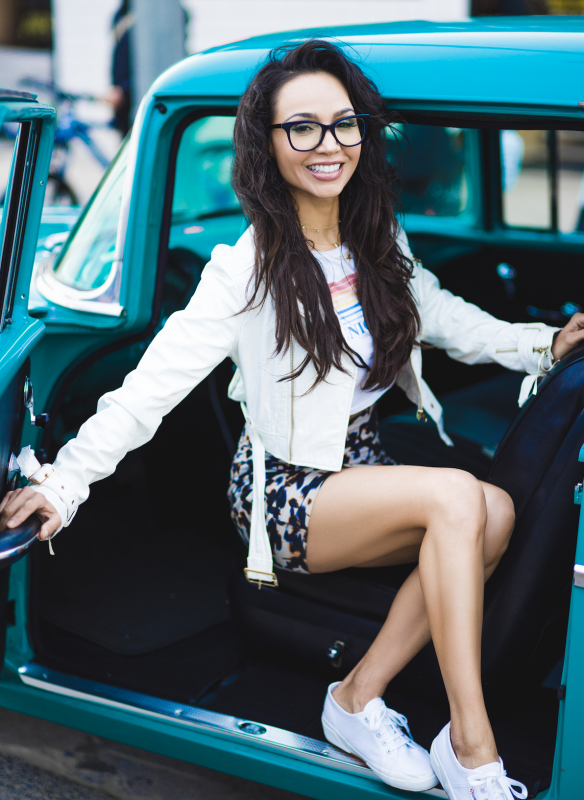 We catch the sunset from her panoramic rooftop deck. Tracy believes that full-spectrum sunlight is essential for health. As the sun sets we sip on one of her favorite elixirs. Its flavor profile is unreal! Such a treat.  The Elixir is actually featured in her upcoming elixir book, HYDRATE with Tracy Duhs. The drink is called the Yuzu Cream Dream, which is made with yuzu, lemon, and mandarin orange. It contains tocotrienols to make it creamy and sweet. It also has a little bit of coconut cream, coconut water, and ice. Just a tad of crystallized ginger and it’s just to die for.

Biohacking Since the Age of 12

She states, “When making my creations, I use my intuition and simply experiment. It’s my creative playtime. When I was a child I’d read books to learn anything I could about health. I was enamored with the subject and devoured the information. I grew up in a household that only ate whole foods so I never got into eating processed sugar. The first time I tried it, I felt nauseous and I still don’t enjoy it.  I eat a lot of beans and rice in my diet, which contains nine essential amino acids that make a complete protein. I also love berries, dandelion greens, and anything hydrating.” 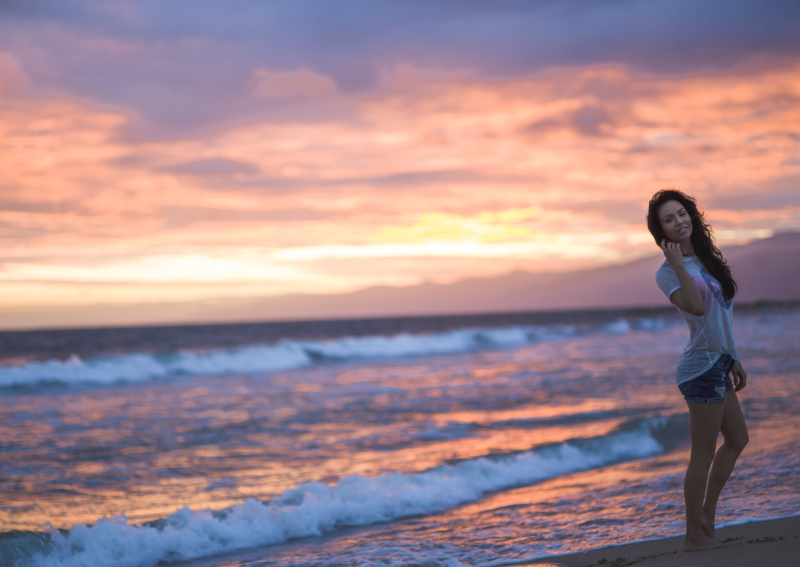 As a child, Tracy always thought ahead and prepared for the future. She was the girl that in her 20s who was wearing gloves and a  scarf around her neck in the car because she didn’t want to age on her hands or neck, and it has definitely paid off. She literally looks 25.

“One of the reasons why a lot of women don’t get into biohacking is because it’s dominated by men. Women have different hormones and different ways of thinking. It might feel intimidating to follow a bunch of guys. My approach to biohacking is more gentle. I’m all about creating balance and harmony in the body not hacking my way to health,” says Duhs.

Focusing on the Basics

Tracy focuses on mineralization, hydration, sunlight, and grounding, which are all the basics that we need to charge the voltage of our cells and encourage cellular communication.  She says that we can enhance the osmotic balance between our intracellular and extracellular fluid by supplementing with balanced trace minerals as well as walking by the ocean on the wet sand with our bare feet.

“I think a lot of biohackers in the industry focus a lot on supplements and gadgets which I think are amazing and fun. Although, if we’re not doing the basics, then those things aren’t necessarily going to help us as optimally as they could. We can get so many benefits just from enjoying mother nature in its pure form.”

Needless to say, Tracy has a ton of gadgets and machines. She loves to try everything but her basic foundations are simple. She focuses on hydration, nutrition, sunlight grounding, sleep, movement, playtime, love, and connection. Everything else is the cherry on top.

Inspiring Women to get into Biohacking

“If I had some advice for women who want to get into biohacking, I would ask them why they want to do it,” says Duhs. 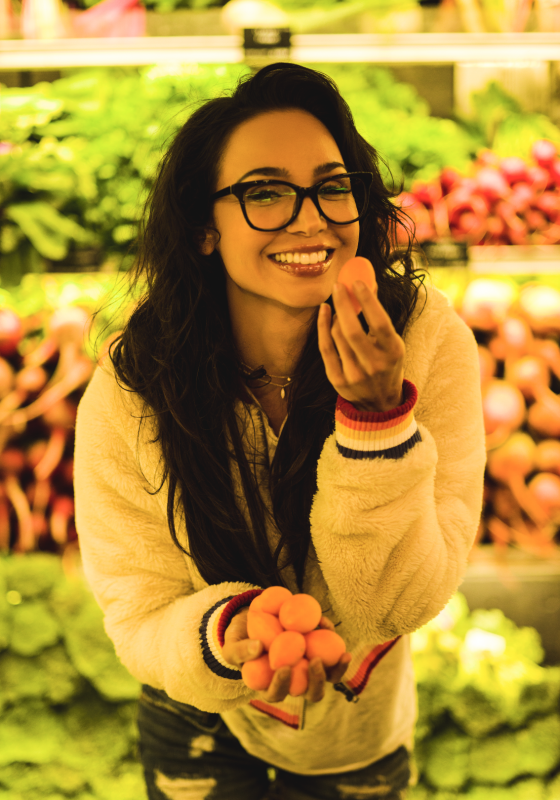 I told her, let’s get real. The most common thing for any man or woman is to age backwards. She said the first thing you need to focus on is hydration. Even 2% dehydration can affect your skin so you want to be hydrated at the cellular level. You want to be optimally hydrated and that alone can reverse the look of aging immediately.

Hydration is Not just about Drinking Water

Most people are chronically dehydrated and have been since they were children. There’s so much inflammation in their body and that starts to show up in the face and skin as wrinkles and stiffness in the body. Hydration is not just about drinking water. It’s also about preparing your cells so that they can actually absorb it. You need water with minerals, sunlight and you need to charge up your mitochondria by grounding.

“Metabolic water is water produced by the body and it is the purest water, as well as being deuterium depleted; therefore it’s the most hydrating. Deuterium is hydrogen’s evil twin and because it weighs twice as much as hydrogen does, it breaks the nanomotors of your mitochondria, causing mitochondrial death. Essentially accelerating aging.”

The Light Diet of the Sun

The sun is providing us with that light diet that we need from the photons of light. Another thing you want to do is move around a lot. You want to sleep. You want to connect your feet to the earth so the Earth’s negative ions can flow through your body. It will reduce inflammation in your body and charge your cells.

“When you connect the Earth’s resonance to your body, the Schumann waves of the earth are resonating with your body, and the magnetism of the Earth is charging your cells, just like you charge your cell phone’s cells. Another simple thing you can do is put a lot of plants in your house. Touch the plant. It’s really weird but that will charge you up too.”

Beauty is an essential part of biohacking which the male biohackers rarely speak about. Tracy says that one of the major things women need to know is that Botox is injecting poisons including botulism into your face. It’s paralyzing the muscle. When you don’t move the muscle, you are stopping the lymphatic flow, limiting blood flow and causing atrophy. While you aren’t getting any wrinkles, your muscles will begin to age.

“The better thing to do is hydrate your skin from the inside out. I do gua sha facial massages to drain toxins and liberate hydration in my fascia. I am mindful of not making frowning faces as well. Every day I wake up and do facial yoga as well as facial and neck massage with a homemade oil blend including; seabuckthorn oil, sweet almond oil and rose while watching the sunrise,” she explains, “ I also use a sterile glove to massage inside of my mouth. We hold a lot of tension in our mouth that shows up in our face. After the facial massage I wash my face with cold water to enhance lymphatic drainage. After washing my face I spray hydrogen water onto my skin to reduce inflammation and to help my facial cream penetrate deeper.  I apply Kypris Puff of Love. I put that on every day. “

Tracy has a book launching in June called Hydrate with Tracy Duhs. She shares her super-secret health and wellness tips as well as her top-secret elixir recipes that activate hydration.

She says “everyone wants supple skin, balanced hormones, a svelte figure, a healthy sex drive, and abundant energy and it’s totally possible at ANY age.” She definitely is living proof that her secrets are worth learning. If I can look 20 years younger than my age like she does, I’ll do whatever she says.

How to Have Fuller Hair, Naturally